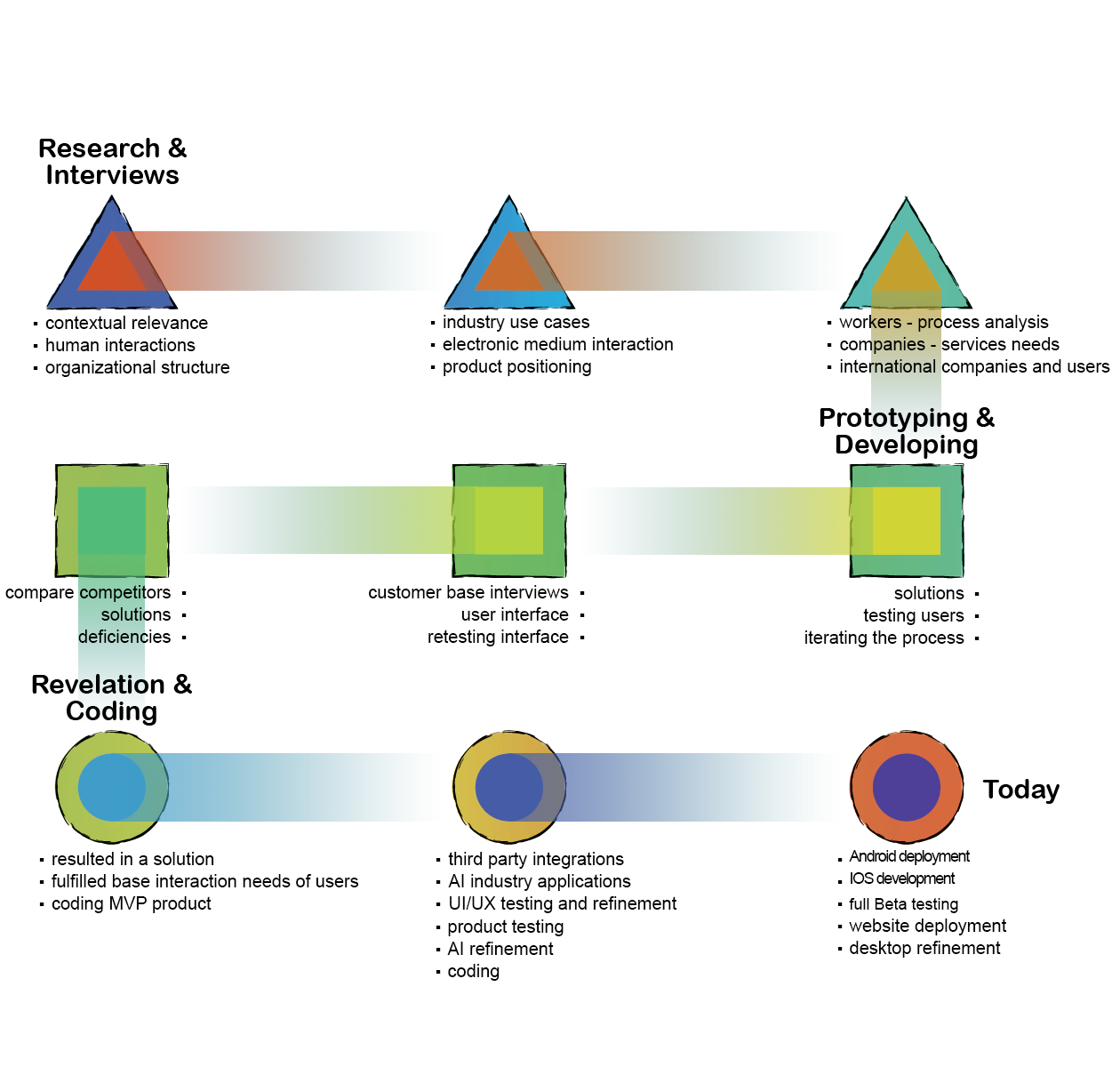 The Qikspace project was started as a need to understand how people really interact today, in order to solve a need of more efficient virtual interactions. The founder had planned to pursue a PhD in contextual relevance as it relates to human interactions. After exploring the existing research in the area and discussing the endeavor with some top universities, he decided instead to hire his own, researchers, scientists and assistants to explore the subject independently.

The research found that people prefer to interact with people directly rather than organizations or groups. The research also revealed how we remember the interactions, and that if the information is categorized into common memory patterns — 3 groups of 3 — a user could access billions of pieces of information rather than hundreds or thousands.

Investigating the mechanisms by which we interact with others, and the commonalities of these interactions, they found the traditional methods did not facilitate complete interactions. This was mainly due to the cost and capabilities of previous technologies; mobile devices greatly enhanced these integrated capabilities. When this research was undertaken in 2011, mobile devices were not expected to possess these capabilities, but the technology arrived because of user desires.

The next step was designing interaction tools that were intuitive to users. This process required extensive field testing of concepts and designs. A final part of the research was to identify what the users found useful in the concept, and how it could be scaled for the differing needs of the user base. After this exhaustive process, there was the challenge of fitting this technically complex solution to specific users’ needs, and configuring it to run on a mobile platform. Last but not least, there was the step of building a brand concept and comprehensive branding message. “Be more productive, find everything!”